The Board of Trustees for Mount St. Mary Catholic High School acts as the governing body. The conglomerate works closely with the school's co-sponsors which are The Archdiocese of Oklahoma City and The Sisters of Mercy.

Board of Trustee members are recommended and nominated by the executive committee of the board. After nomination, they are approved by our co-sponsors before appointment to the board. Members serve three-year terms and cannot serve more than two consecutive terms.

Board meetings are held bi-monthly throughout the school year. All members serve on task forces that deliver reports and recommendations. Task forces include: Executive Committee, Building and Grounds Committee, Finance Committee, Strategic Planning Committee, and the Advancement Committee. Task forces may also include constituents that are not members of the Board of Trustees.

Membership of the MSM Board of Trustees is considered to be the highest level of volunteerism one can serve.

THE FOLLOWING INDIVIDUALS COMPRISE THE 2021-2022 MOUNT ST. MARY BOARD OF TRUSTEES: 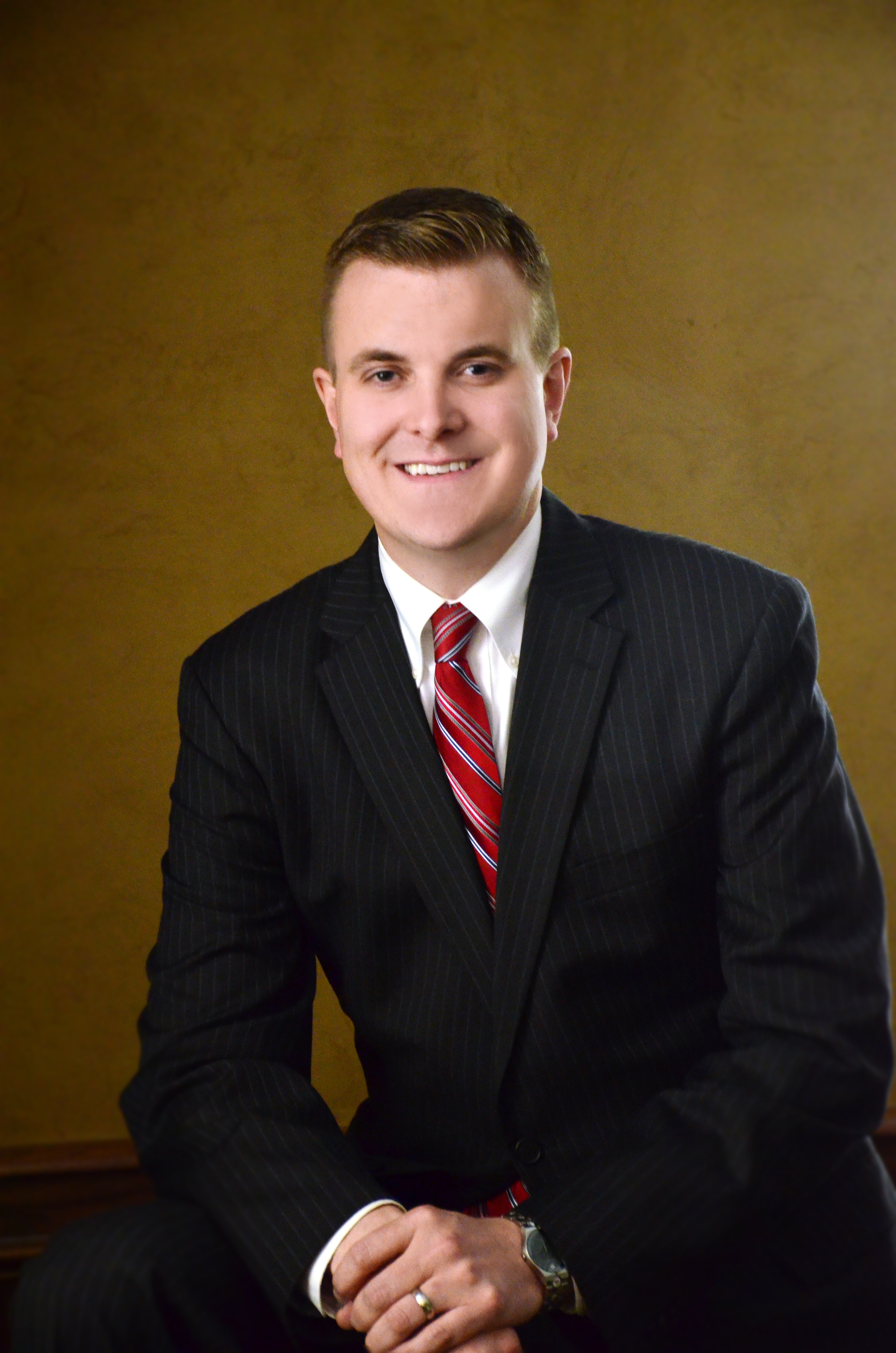 Mr. Carsey has practiced law for over a decade and is shareholder of the law firm Hall, Estill, Hardwick, Gable, Golden & Nelson, P.C. Prior to private practice, Mr. Carsey served as a federal judicial clerk for the Honorable Earl S. Hines, United States District Court for the Eastern District of Texas. His practice focuses on representing businesses in and throughout Oklahoma and Texas.

Mr. Carsey received his Juris Doctor at the University of Tulsa College of Law, in 2005 and his Bachelor of Arts Degree at Newman University in 2002.

Mr. Carsey and his wife, Jennifer, have three children: Pierce, Logan and Blair.  The family resides in Oklahoma City. The are actively involved in the parish of Saint Francis of Assisi Catholic Church and attend Rosary Catholic School. Mr. Carsey was an assistant coach for the Girls Basketball Program at MSM from 2013 – 2015. Mr. Carsey and his family have been, and continue to be proud supporters of the Rocket Family.

James J. Biscone is a 2009 alumnus of Mount St. Mary Catholic High School. He is a 2015 graduate of Oklahoma City University School of Law. He is a trial attorney at Johnson & Biscone, P.A. in Oklahoma City.

James has served the community in a variety of ways. He has coached basketball at The Mount and at Rosary School. Other areas of service include the United Way of Central Oklahoma, Oklahoma County Bar Association, the Oklahoma Hall of Fame, and Family Builders.

James has been recognized by Best Lawyers, the National Academy of Personal Injury Attorneys, 405 Magazine, and Oklahoma City University for various professional accolades.

James is married to Stephanie Biscone and they have one daughter, Ryder Rose. They are active members of St. Francis of Assisi in Oklahoma City.

"Mount St. Mary Catholic High School holds a very near and dear place in my heart. Few things are more important than an exceptional Catholic education. Mount St. Mary is a special place and being appointed to the Board of Trustees is truly an honor and a privilege." 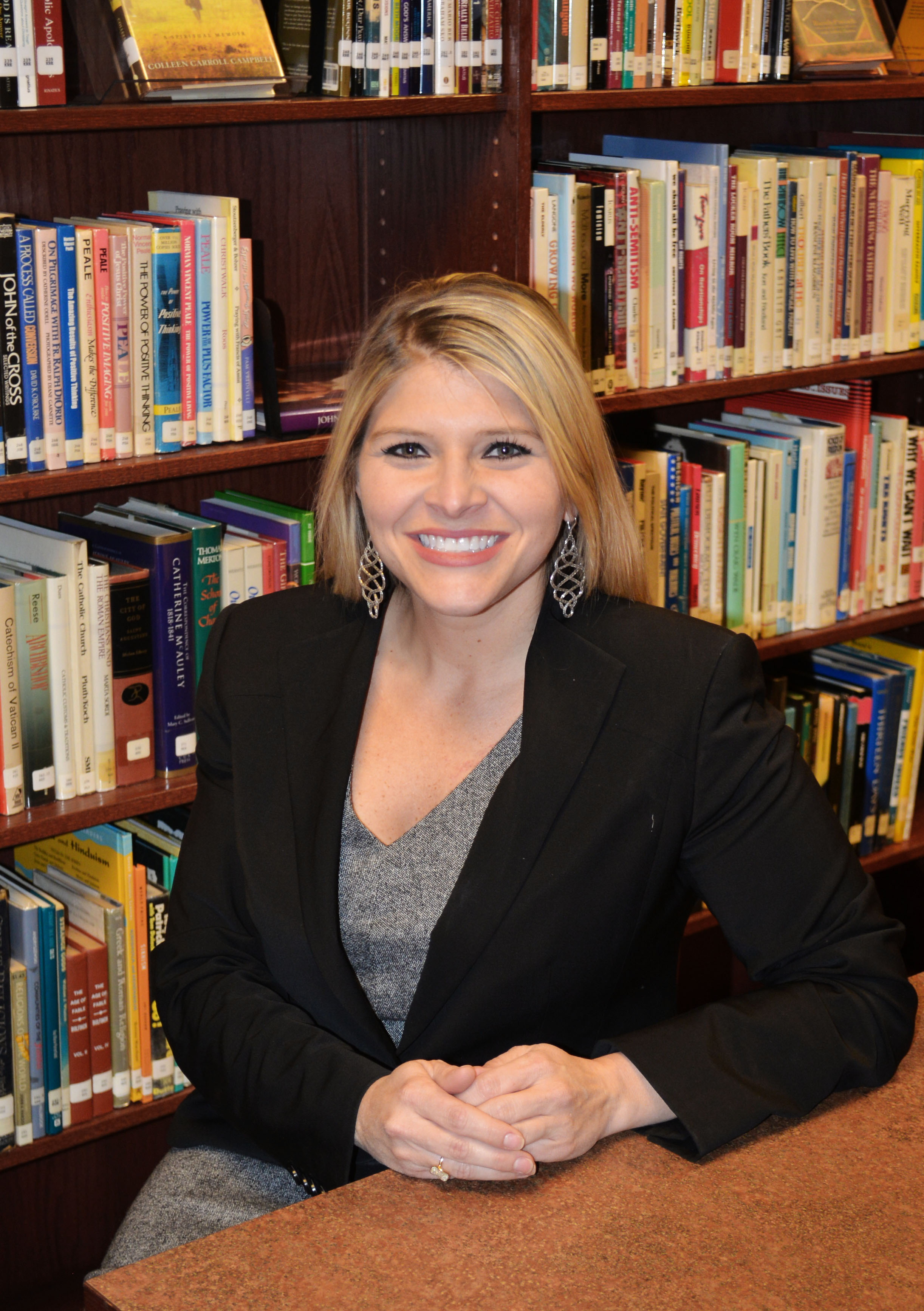 Paige Williams Shepherd joined the Chickasaw Nation in October 2008 as the Director of Tourism for the Department of Commerce. Paige’s primary responsibility include the planning, development, management and operation of tourism as a means of economic development for the Chickasaw Nation. Under the tourism umbrella, Paige oversees Chickasaw Country, the travel and tourism destination representing over 7,600 square miles of culture, nature, recreation and entertainment located in south-central Oklahoma as well as the parent tourism brand Adventure Road, representing 130 miles along I-35 from WinStar World Casino and Resort to Oklahoma City.

Currently Paige serves as a board member for the US Travel Association, Allied Arts, deadCENTER, Mount St. Mary Catholic High School, Edward L. Gaylord YMCA and Visit Norman among other civic and community boards. Paige has been recognized by ION OK for 30/30 NextGen, Journal Record's Achievers Under 40 and most recently by OKC Friday as Next Generation Most Powerful Oklahoman.

Prior to joining the Chickasaw Nation, Paige, an Oklahoma native, lived and worked in Washington, DC. This board member holds a Masters of Tourism degree from The George Washington University in Sustainable Destination Management, with a Bachelor of Arts in Hotel Restaurant Administration from Oklahoma State University.

An avid traveler, Paige seeks to travel to a new country ever year to experience and understand other cultures thus deepening her passion to return to Oklahoma and make a difference. 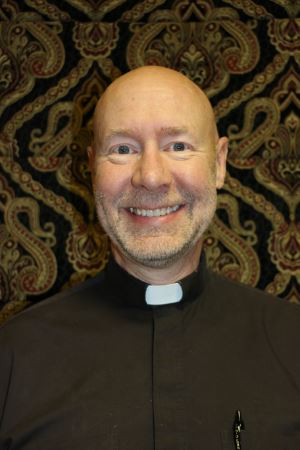 Father Arnold serves on the Facilities Planning Commission for the new Blessed Stanley Rother Shrine. Additionally he works with Compassionate Hands and the Ministerial Alliance in Yukon, as well as the MSM Board of Trustees. He is also a member of the Knights of Holy Sepulchre of Jerusalem. 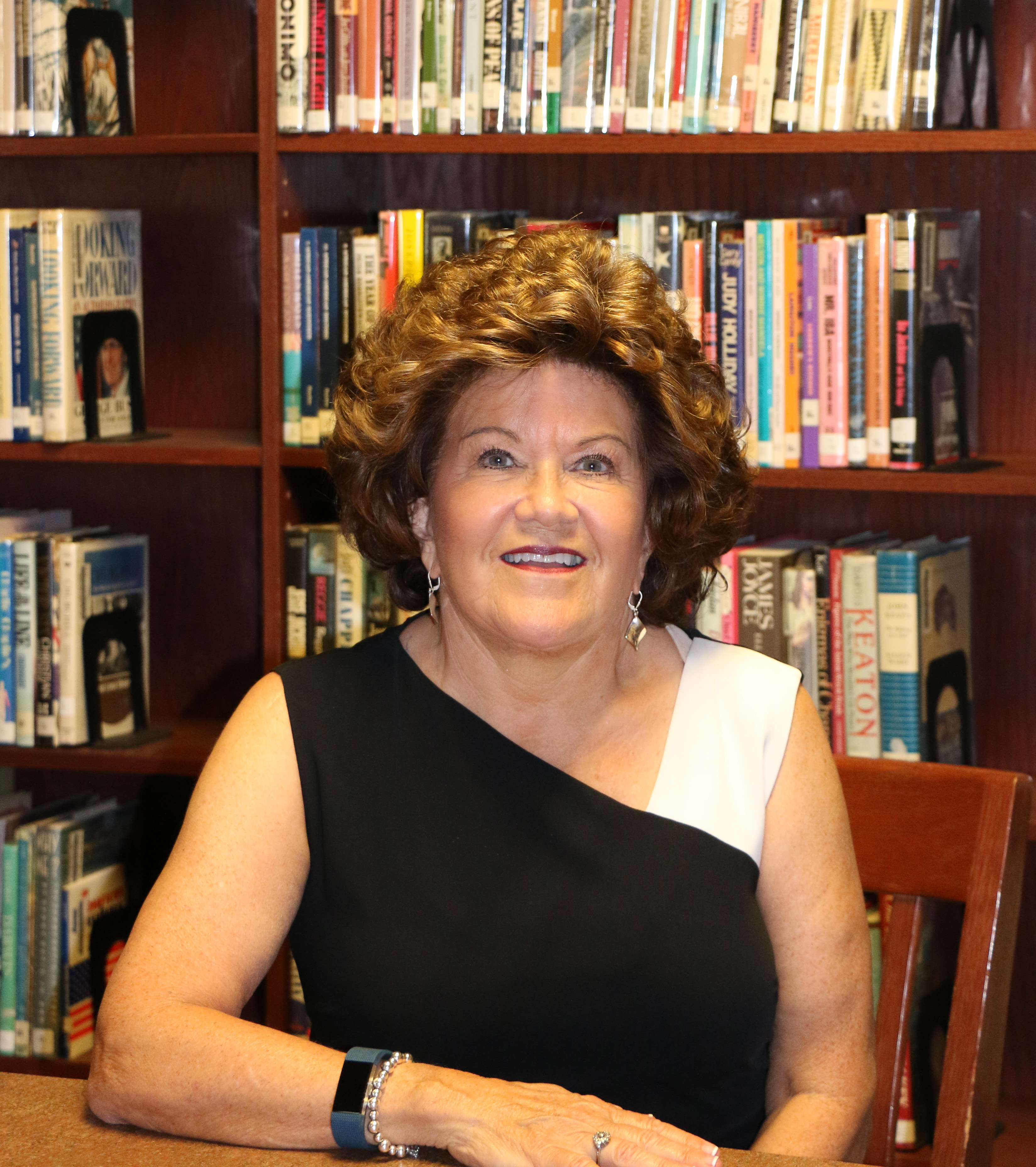 Teresa Moisant is the founder and owner of Moisant Promotional Products. She is a 1967 graduate of The Mount and attended the University of Oklahoma.

She belongs to a number of civic and professional organizations including Leadership OKC, South Oklahoma City Chamber of Commerce, and the Promotional Products Association International. 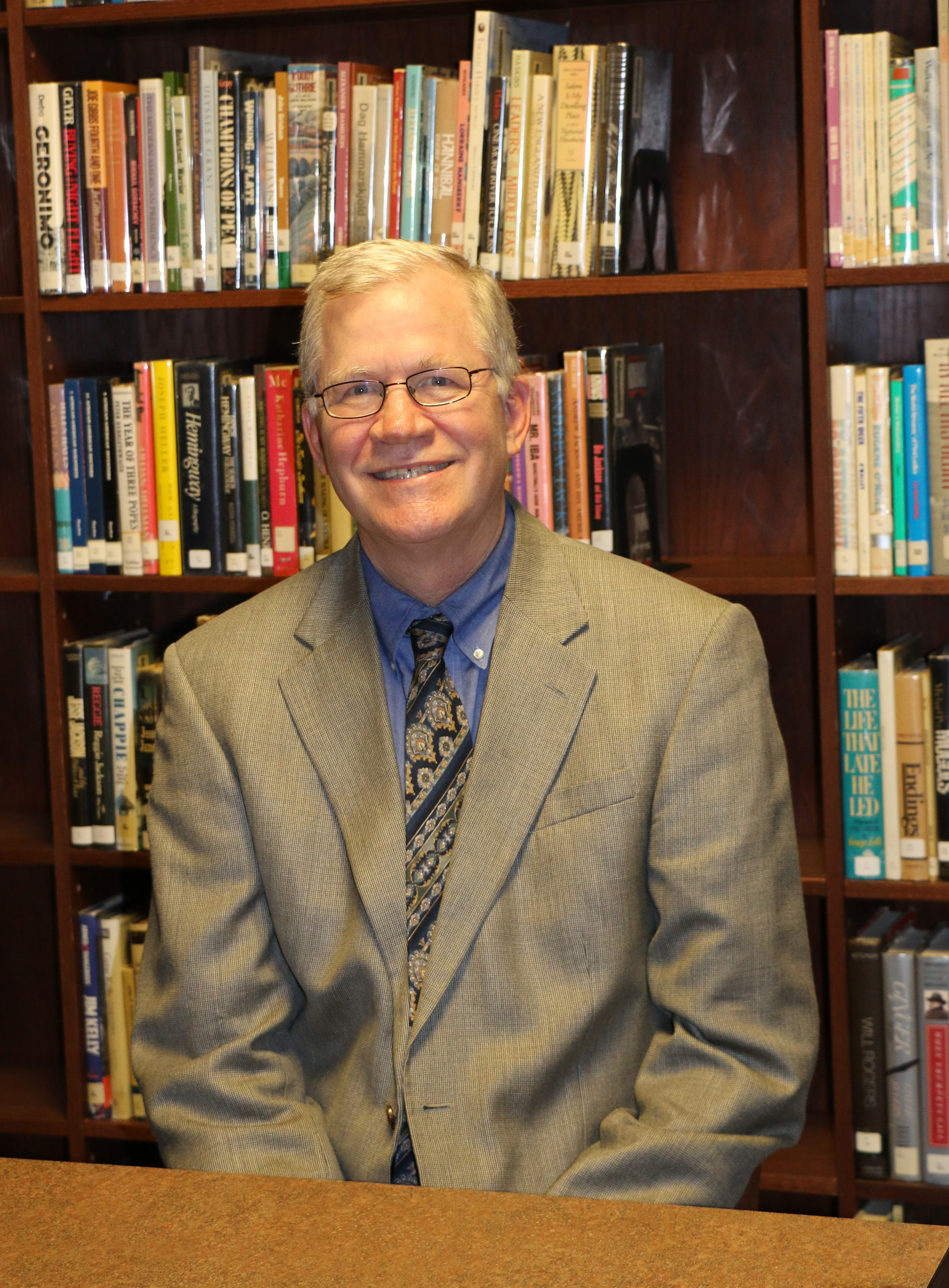 David Johnson is the Chief Financial Officer for the Archdiocese of Oklahoma City.

Mr. Johnson graduated from Oklahoma State University and is married to wife, Kathy. 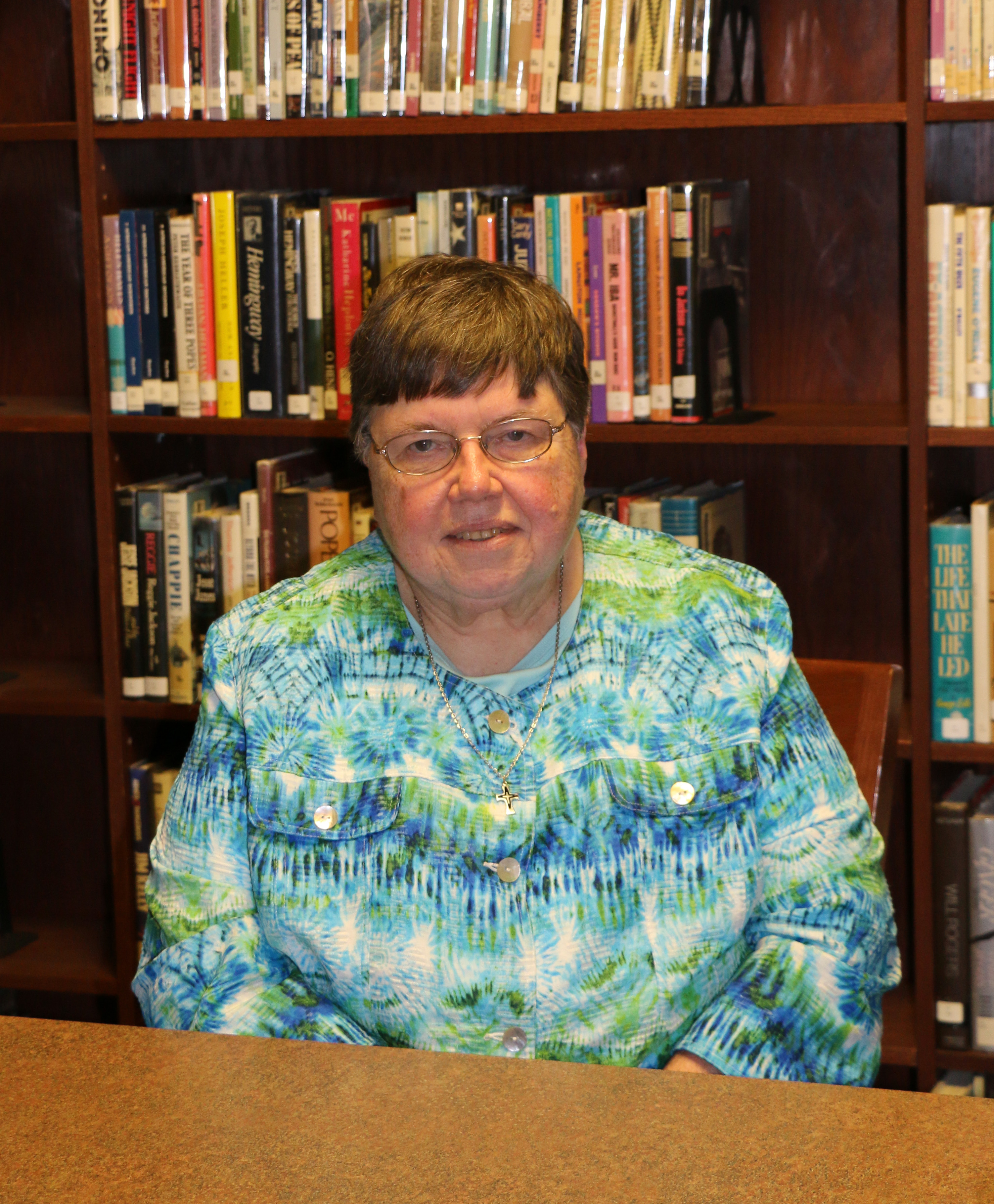 Sister Rose Marie Tresp, RSM, is a member of the Mercy Justice Team working with 17- mostly southern states- since 2008. Sister Rose Marie has served as the Director of Ethics for hospitals in Texas and Arkansas, as well as in leadership for the Sisters of Mercy, Regional Community of St. Louis.

Sister Rose Marie earned her Bachelors degree from Fontbonne College in St. Louis as well as a Masters in Religious Studies from Boston College. She also completed graduate work in Ethics and Philosophy at Georgetown University.

Sister Rose Marie is active in social justice work following the teachings of the Catholic Church at the local and national levels. She has more than 20 years of experience serving on the boards of hospitals and nonprofit organizations. As a member of the Justice Team, she has helped shape and carry out the Sisters of Mercy focus on immigration, the environment, women’s rights, non-violence and fighting poverty, prejudice, and racism. Her work includes lobbying, giving speeches and workshops as well as engaging others in active involvement in social justice. 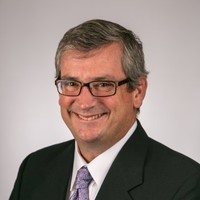 Hugh O'Hara is a good friend of The Mount and committed to supporting organizations such as Catholic Charities and The Archdiocese of Oklahoma City as well as many other non-profits throughout the state.

His career is rooted in helping others.  O’Hara joined Maguire Brothers in Oklahoma City in 1984. He worked closely with the original pioneers of the disaster restoration industry to not only learn the trade, but mastered it. His constant commitment to learning and refining the craft led to his taking over operations in 1993, where he helped grow the company to be Oklahoma’s largest disaster relief contractor.

After the owners of Maguire Brothers’ retired in 2006, Hugh, with his wife Betsy Maguire O’Hara, started anew as Maguire O'Hara Construction. They feel fortunate to have built upon an established reputation, continuing to share their customer-first values and hard-earned expertise with the people of Oklahoma. By delivering on a tradition of quality work at fair and accurate prices with a handshake and a smile, they look forward to serving families and businesses across the state for generations to come. 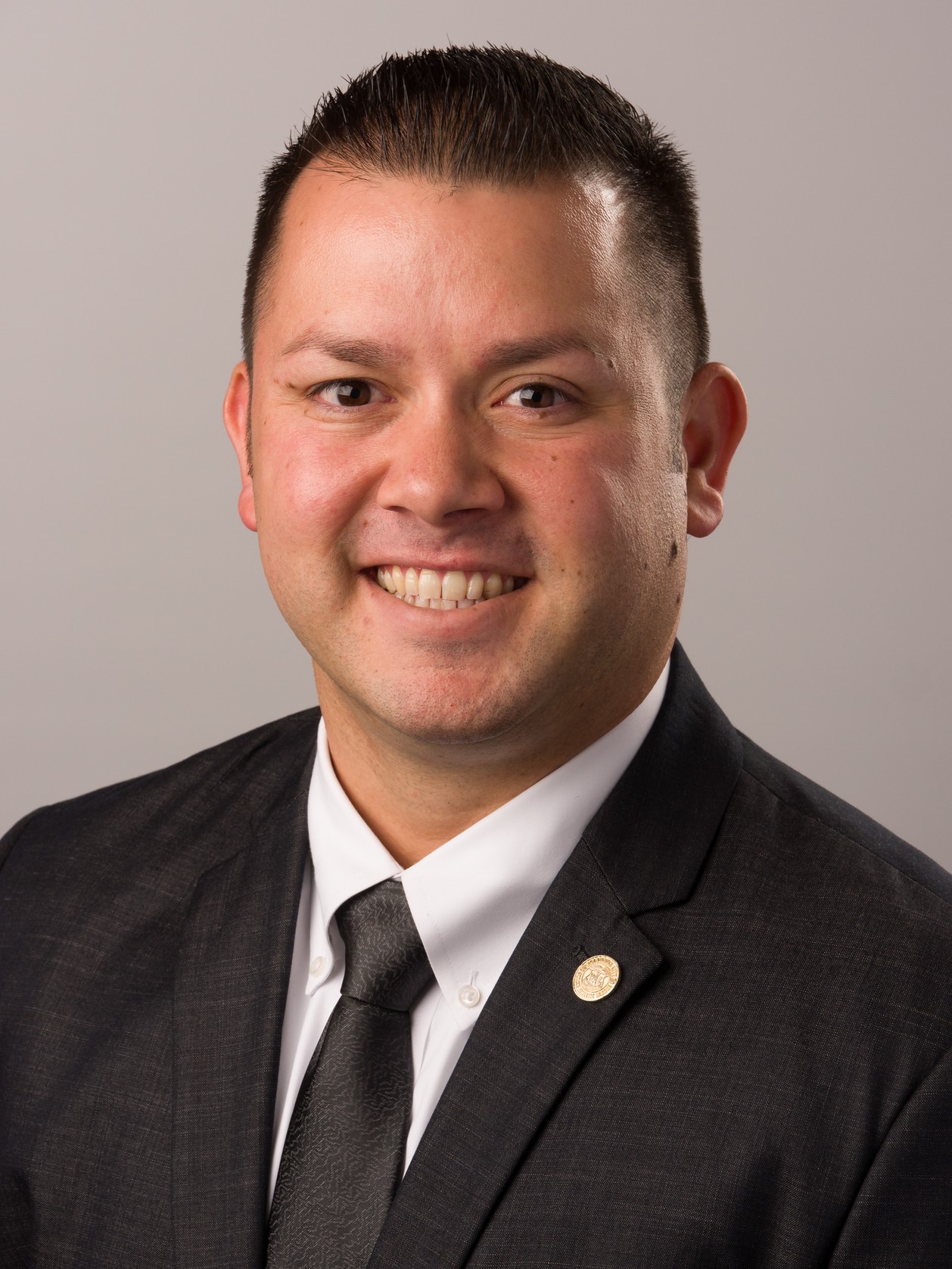 Peter Evans was born and raised in South Oklahoma City and graduated from Mount St. Mary Catholic High School in 2003. He attended Texas Christian University from 2003-2006, then transferred to finish his bachelor’s degree at neighboring University of Texas at Arlington, where he also completed the Air Force ROTC program.

He returned to Oklahoma City for a position working at Tyler Media, where he was responsible for Tyler Media’s Community Outreach efforts, and it was through that same community outreach that he found the Oklahoma City Police Athletic League (OKC PAL).

In June of 2010, he joined OKC PAL as a volunteer mentor and Board member.  He remained as a volunteer and a member of their Board of Directors until January 2013, when he was hired as the first Executive Director of the Oklahoma City Police Athletic League. He remained in that position until October of 2020, when he resigned from OKC PAL to accept a position at Moore Norman Technology Center, serving in their workforce development department. 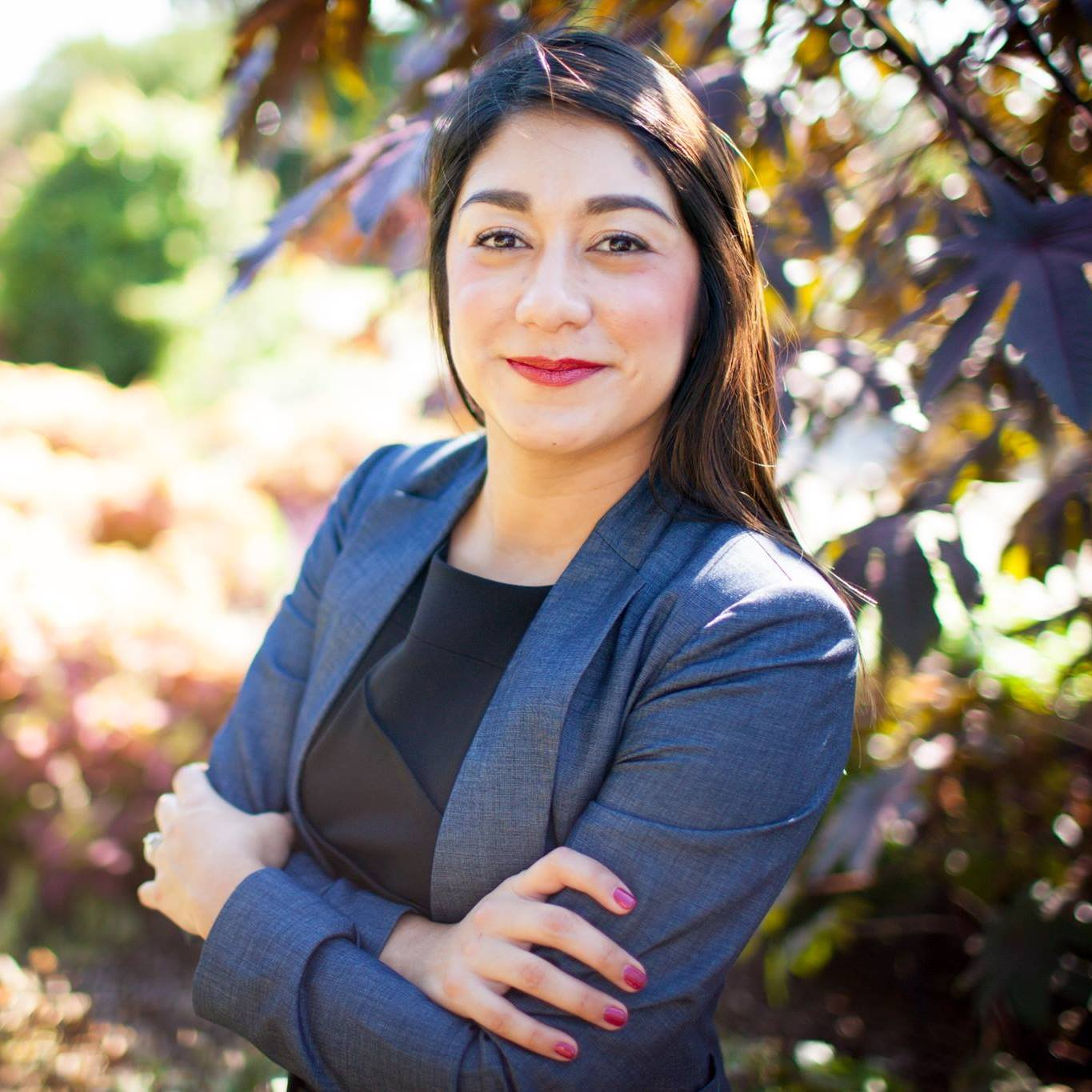 Karen Aguilar Kennedye is an Oklahoma City native. Karen graduated from Mount St. Mary in 2009. During her time at The Mount, she met Patrick Kennedye (a third generation Rocket) whom she would marry in 2012.

Karen has been practicing law for many years. She has focused her practice on immigration law, finding her niche in family-based immigration. Karen opened her law firm, Aguilar Kennedye Law, PLLC in 2017.

All three of her children, Peter, Phoebe, and Daphne will soon be future Rockets!

Stacey Hollopeter is the Director of Business Development for i2E.   Stacey takes an active role in Oklahoma’s entrepreneurial ecosystem by meeting with entrepreneurs and community partners to connect and expand i2E’s suite of services.

Prior to her position with i2E, Stacey served as a Manager of Programs and Outreach for the Riata Center for Entrepreneurship at Oklahoma State University where she was exposed to a variety of lifestyle and technology startups as she consulted with and organized events for student entrepreneurs, women entrepreneurs and veteran entrepreneurs.

Stacey was co-founder and CEO of PristineCal, a start-up dedicated to producing ultra-pure calcium powder. In this role she pitched her company to venture capitalists both nationally and internationally and lead the management team from idea to exit. She also served as COO of iRecommend Software, a SaaS recommendation platform.

An avid promotor of Oklahoma startups, Stacey serves on the executive board of the Oklahoma Venture Advisory Council and is a 1 Million Cups community organizer. Additionally, Stacey is a regularly featured speaker with the U.S. Department of State and other organizations, traveling across Latin America delivering entrepreneurial workshops and consulting for both founders and investors.

A native Oklahoman, Stacey has a Master’s Degree in Business Administration from Oklahoma State University and a Master’s Degree in Marketing and Management from the Universidad Autónoma del Estado de Puebla, in Puebla Mexico. She is fluent in Spanish and is active in numerous community organizations.